Suggestions for the Peace Process on the Korean Peninsula? 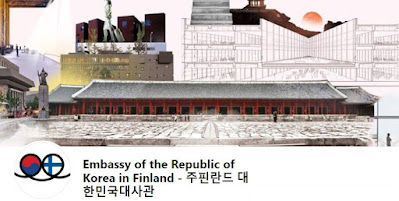 Seven decades of divided Korea and the fate of the Koreans is the most tragic modern example of the sustainability of dangerous ideologies and the games played by the superpowers of this world at the cost of the sufferings of smaller nations. Is the facilitation of the peace process on the Korean Peninsula actually in the hands of the Koreans? Is unified Korea an attainable goal or a hopeless dream?

Without going deeper into the complexities of modern politics and the intricacies of contemporary history, attempts should be made to discuss the peace, stability, and possible common future on the Korean Peninsula from the perspective of human rights. This is not an easy thing to do, since one should be aware of the interests and fears of the countries in the area, which may be brought upon by the unification of the Koreas following any of the models.

It may sound like a cliche, but the key to the peace and the unified Korea still lies in Beijing. In the mid-length perspective, China that is aspiring for the position of the global dominant does not need an economically powerful Eastern neighbour and treats North Korea as a skewed club both in regional trade wars and in global military games. North Korean earth interior together with the South Korean know-how and investments could be a significant financial power and a threat to the competitive power of the Northeast China, which is poor enough as it is. It is possible that Japan does not want the Koreas to be united for the same reason. The support to the unification process has never been excessively optimistic on South Korea either. This undertaking that would require imperceptible resources would mean distress for the South Koreans, who have got used to a fast improvement of the course of life, and the recession of South Korean economy as well as a temporary decline in competitive capacity. The South Koreans that have been enjoying protesting as a way of life would flood the streets of large cities for many years to come and and lay down emotional and destabilizing demands on authorities. Let us be honest and admit that, regardless of the two official opposing superpowers within the politics of the Republic of Korea, their views differ significantly only with regard to the policy driven with their Northern neighbour. Let it be a carrot or a stick, the ultimate outcome will be the same, and additional stress is the last thing that the South Korean politics, which is already overloaded with emotions, needs these days. The possible vacuum could be filled up from Beijing vessels, and the impact would not be economical only. After becoming aware of the prerequisites listed above, it will be clear to the reader that the peace on the Korean Peninsula mainly depends on the developments related to North Korea. And once again, let us not forget about the need to talk about peace mainly from the perspective of the rights and the quality of life of a simple human being. However, it is in North Korea that the harshest human experimentation of the century is still going on at full throttle.

Kim may have been a target of popular ridicule for the global community and for the electorates shaping politics for decades, but nowadays it is becoming more and more difficult to ask him any questions of substance in the field of human rights within the context of the programmes aimed at the development of the weapons of mass destruction that are implemented in North Korea.

What are the chances for striking a compromise and reaching the situation that would guarantee peace and stability on the Korean Peninsula? And in this respect, there are also a number of prerequisites, the fulfilment of which is paradoxically becoming more and more complicated. The author of this text feels that the two Korean states will preserve, but sooner or later the family regime based on Paektu bloodline will come to an end in the North. The ruler of the state where the Constitution and the Ten Principles of the One-Ideology System book acknowledge the need to focus on the Unfailing Ruler only perceives an ever-growing number of threats coming both from the outside and from the inside. Regardless of preeminent leaders, all dictatorships are basically the collegiate packages of interests and bonuses. It is not an easy thing to be a dictator, but Kim Jong-un, being a shrewd tyrant, has managed to preserve self-support by means of expanding the circle of loyalists, without increasing it though. One day economic freedoms will raise the questions of both political freedoms and the freedoms of movement. All of the initiatives aimed at the transfer of the information, being as extensive as possible, but at the same time very carefully selected, to North Korea should be regarded as extremely important. The people living there yearn for all things behind the “Wall” as well as pop culture, and just looking at the photos describing everyday life has forced thousands of North Koreans to make life-changing decisions. The process must not get bogged down in domestic political disputes in South Korea, and the activities of non-governmental organisations must be acknowledged and supported in every way. We are emphasizing once again the necessity of the selected information. There is no point in distributing the materials criticizing the regime. You should give a fishing-rod to the hungry. In case of emergency, the opportunities should be introduced, without teaching someone how to live their lives. The knowledge about how to start independent business, use modern medical tools, and the pop songs talking about love are the ones that a North Korean citizen intimidated by the controlling society is consuming with zest behind the closed curtains at his or her home, grabbing the package that has arrived from the South in an air-balloon. Information is light, and Kim Jong-un may fear the power of illumination more than the imaginary military threat from imperialistic bastards!

Only the knowledge obtained from the information may replace the need to break free from the central power model exercised by Kim Jong-un, felt by the loyalists, and with the view of economic development (read: the interests of the elite), to consider the option of cross-border and legal communication with global community. This course of events will preserve the two Koreas, but release the pressure considerably. The opening-up of economy based on knowledge and curiosity will force the potentially new North Korean collegiate form of rule to put the programmes of developing the weapons of mass destruction under the international supervision, without jeopardizing the actual defensive capacity of the state. The Workers' Party of Korea will be renamed into the National Party of Korea, and the cult of Paektu deities will disappear. And the extensive amnesty will be proclaimed. The Korean de-Stalinization will give the country a chance to start from scratch. In addition to the controlled cultural impact of South Korea, global investments will be allowed into the new North Korea, and it will be possible to prevent the “Ostalgie”, which emerged after the German reunification.

I have a dream. If only that “Chinese wall” could disappear…… 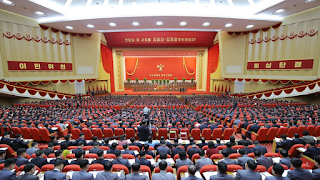