What to Do with North Korea? 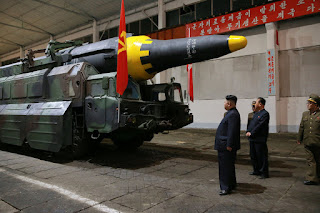 The Democratic People’s Republic of Korea (North Korea) is not your typical diplomatic partner to communicate with. The efforts taken in the course of history to resolve the region’s issues with negotiations have almost always run up against North Korea’s unwillingness and its rational deliberations to uphold their regime. How should the international community communicate with Pyongyang? What has changed compared to previous decades and do we even have to communicate with Kim Jong-un or are there alternative options?
.


For starters, let’s point out two preconditions that the following train of thought is based on. North Korea makes all its decisions in view of maintaining the regime, and the further existence of North Korea is in the interests of the People’s Republic of China. The interests of other regional players may, depending on their point of view, change in time to some extent or the parties may seek to adapt their views according to the changes in the situation. However, the interests of China and North Korea are unambiguously clear, as is characteristic of the extremely long planning of future perspectives common in Asia.

On the Korean peninsula, spring in always the period when tensions tend to escalate. Let us recall the sinking of the South Korean warship Cheonan in March 2010. An incident that in today’s situation would prompt immediate military activity cooled down at that time like nothing had ever happened. Tensions rise during spring usually due to the coinciding of important national holidays in North Korea and joint military exercises held in South Korea. Tensions usually ease by summer. There are indications for such a development also in this conflict, but this time there are more discrepancies in the situation than well-known patterns.
.


First, a new fortune seeker has entered the gambling house—the new administration of the United States led by Donald Trump e is eagerly chasing those shiny chips with his hectic foreign policy.

First, South Korea has a modern and strong defence capability. Second, the good condition of the country’s economy has become almost a genetically entrenched dogma to South Koreans, which is often not consciously associated with North Korea and general security. Moon and most South Koreans appreciate good economic relations with China and Japan more than the tensions in the region caused by the aggressiveness of the US. Deploying the United States anti-missile system THAAD on South Korean soil has brought about significant setbacks in the relations between China and South Korea. Due to that, South Korea’s already low economic growth will take a significant hit from China this year. A prolonged economic war is feared between the neighbours, because in addition to the sanctions established by China against Korea’s soft trade items (tourism, cosmetics, intellectual products), Seoul may establish sanctions, for example, against Chinese steel products as a countermeasure. The frenetic import of metal from China has led to the situation where most South Korea’s large steel manufacturers have gone under state control and are being reorganized. Moreover, another kick is landed from the other side by Donald Trump’s plan to start developing the domestic steel industry, due to which the Koreans will lose their main export market for steel—the United States, which is enjoying South Korea’s cheap steel and a construction boom. 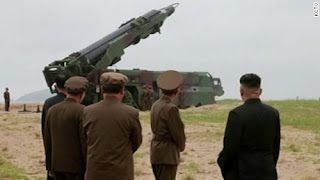 President Trump, who by his own account got to know the tumultuous history of the Korean peninsula only from China’s President Xi Jingping, should indeed look into how America’s role is viewed among the residents of the region. Contrary to the popular understanding, American presence in Korea is not that popular even in South Korea anymore. Beside the main topics in the South Korean presidential elections—economy and security—all the candidates had something to say about relations with the US. Only one candidate out of five saw the need to increase American presence in South Korea and deploy nuclear weapons to the state. All other candidates and the new president, left moderate Moon Jae-in, wanted to decrease America’s importance in the region.


The strategists in Pentagon must also consider the risks that may arise in cultural and historical terms if the word “American” is used in North Korea. For North Korea, a hysterical pre-war condition is the best that their leaders might wish for. However, unwitting crossing that border after exceeding a certain threshold of agitation is a very realistic possibility. America is North Korea’s arch nemesis who is blamed for all troubles and North Korea’s need to hate the US is almost the corner stone for the ruling ideology of the entire country. In a way, there may be a grain of truth in the obviously over the top exhibits in the gory history museums dedicated to the Korean War in Pyongyang. In 1952, American troops ceased the bombing of North Korea because there wasn’t anything to bomb anymore. There were no unharmed houses in the capital Pyongyang! 1.5 million civilians died. During the Korean war, also known as the “Forgotten War”, more bombs were dropped on North Korea than during the military activity in the entire Pacific Ocean theatre of World War II. If we add the bio-weapon tests on North Koreans, revealed from Washington archives, we should not underestimate the resentment and rhetoric of the Koreans in their calls for the destruction of America.

As a result of the physical annihilation of tens of thousands of left-wingers (the massacres of No Gun Ri and Bodo League) that clearly occurred with Washington’s knowledge, we get a frightening cocktail of potentially explosive anti-American sentiment throughout the whole peninsula, which should be taken into account nowadays as well. Moon, Seoul’s new master of the house, has spoken of outright cooperation (new Sunshine Policy) with North Korea—resuming operations in Kaesong Industrial Complex and re-opening of Mount Kumgang joint resort. Economic development is more important to the Koreans than the exuberant adventures of their ally beyond the Pacific. Donald Trump (who else?) in his unpredictability might try an unprecedented gambit and apologize to Pyongyang for the horrors of the Korean War. This would put Pyongyang in a baffling situation where the primary foreign adversary takes such an unexpected step to which one cannot react in a militant or combative way. Not even by trying to score points on the home court. Still, it is obvious that such a surprise move for relaxing tensions is not to be expected even from today’s White House. Furthermore, it would not change anything about the fundamental problem—North Korea’s nuclear ambitions.
.


So what to do with North Korea? Regardless of the rhetoric coming from Washington, the key still lies with Beijing. North Korea’s, transformation, not its quick dissolution, is the solution. The objective in diplomacy with Beijing could be to give the Chinese free rein in North Korea’s economic space. The merry-go-round of everyday developments in North Korea’s market economy is spinning faster after a period of hunger. China implements internationally agreed sanctions selectively—just as much as necessary to achieve the long-term objectives listed at the beginning of this article. The much-discussed discontinuations of coal purchases from North Korea are only one fragment (albeit an important one) in the record breaking exchange of goods between the two de facto economic allies. For example, the export of iron ore from North Korea to China increased by 270% in March alone. Beijing is certainly concerned about the fact that the boasting Xi Jinping and Kim Jong-un have never met.

Kim Jong-un, who is actually trying to decrease China’s political influence, goes too far. It is completely evident (regardless of the absence of China’s delegation from the 15 May parade) that the communication channels between Beijing and Pyongyang continue to function. The tone clearly seems more ultimatum-like than before, but Kim Jong-un, who is trying to uphold the regime, clearly knows what is still holding his country together: cross-border trading and the ever strengthening market economy. This time, Beijing has responded with an outright threat to counter North Korea’s unprecedented criticism of China’s government—China has tens of thousands of troops at its border checking everybody who moves in the border zone and this has significantly harmed North Korea’s 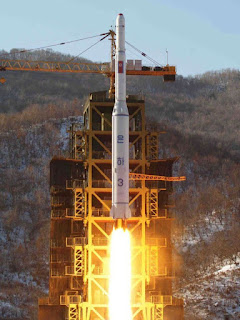 actual life line, the trafficking of goods. Information from the border areas shows river traffic has ceased and marketplaces in North Korea have been closed. This is a truly forceful statement from China that might actually have an influence on Kim Jong-un. US Secretary of State Rex Tillerson’s statement that a plan to remove Kim Jong-un is also on the table might be realized and a government controlled by China that resembles the Myanmar junta would seize power. The role of the “king” would disappear and the country would be run collegially. This would also offer the chance to get the nuclear button under secure control. North Korea’s military sector already has significant economic interests, which are clearly impeded by Kim Jong-un, and support for a coup from the military could be significant. This conviction is supported by the experience and knowledge of one of history’s most notorious defectors, Thae Yong-ho, a diplomat active in the UK, who claims that the regime’s foundation is crumbling. The international community’s only real chance to speed up this process is co-operation with China (read: dangling a carrot in front of them) to turn North Korea into northeast China’s economic space. The greater utilization of “soft” measures on North Korea to pressure the regime would also be beneficial. Every now and then this requires actions that seem illegal: delivering mobile phones, media players, data carriers and other important products and solutions to the country to help unsettle the ideology. This process has already demonstrated its viability. The use of military means may chaotically upset the balance and the scenarios of a second Korean war would be apocalyptic. The United States has to consider its allies’ and other countries’ scope of interests and risks in that region. North Korea’s rocket capabilities certainly do not reach the mainland of the United States yet, but the entire Far Éast may suffer due to the Americans’ penchant for gambling.
No comments: